This was the clip of the week for us. Paul Richards of Medley Global Advisors called Wednesday’s decline in the stock market & commodities as “tailgating before the big game” during Wednesday’s lunch time:

He said “the big game starts in 3 weeks” meaning the date in early September when tariffs on $200 billion of Chinese goods go into effect. He said “that day could be the start of something hell of a lot worse or significantly better; but the outcome, in my opinion, is going to be binary“. He added “market is saying we have had enough” about trade stuff and “market is going to have very serious trouble” if some kind of arrangement is not struck.

How correct was he, at least for this week? Just look at what happened on the dull Friday afternoon at 1:55 pm when news broke that Presidents Trump & Xi might have a summit meeting in November & that US-China have agreed on a road map:

The S&P ratcheted up by about 10 handles & TLT fell hard. Some of the move reversed into the close but the news had clear & demonstrated effect. The big rally on Thursday was also attributed to positive news about the US-China dialogue.

The end run to the November election begins after labor day and, as of now, the contrast between China & America couldn’t be clearer: 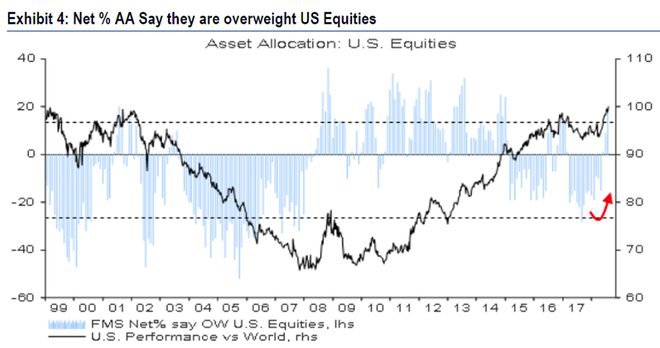 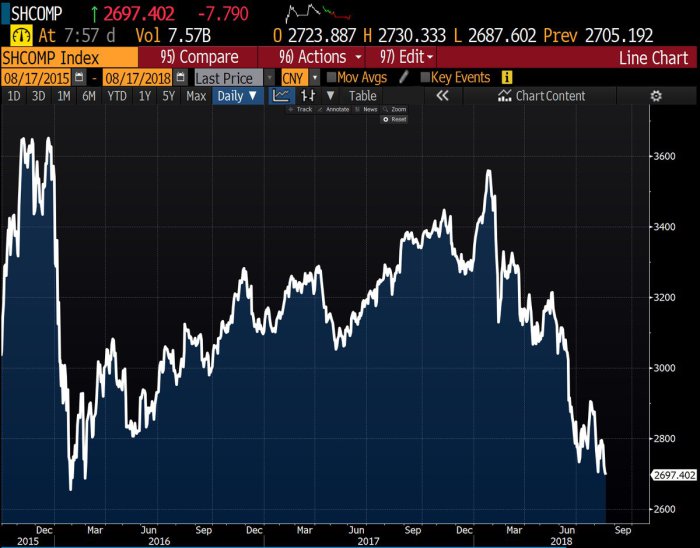 We wonder whether an arrangement with China is really necessary ahead of the election. We think President Trump is ready to run with look how much China is in economic trouble because of his toughness and they have no choice but to deal with him argument. This week’s White House presentation by Larry Kudlow about China’s economy being in trouble could have been a test & a glimpse of what might follow.

Many people blamed Larry Kudlow for being so negative on the Chinese economy. They should read what Ruchir Sharma of Morgan Stanley Investment Management said in his interview with the Economic Times of India:

What did he say about the US?

Both President Trump and Larry Kudlow know this & understand this. So, given his ability to express his views, President Trump will be as able to run on holding out for a better deal from a weak China as on having made a pro-US deal with China.

We expected Friday afternoon to be more like below until the news about the possibility of a Trump-Xi meeting in November broke: 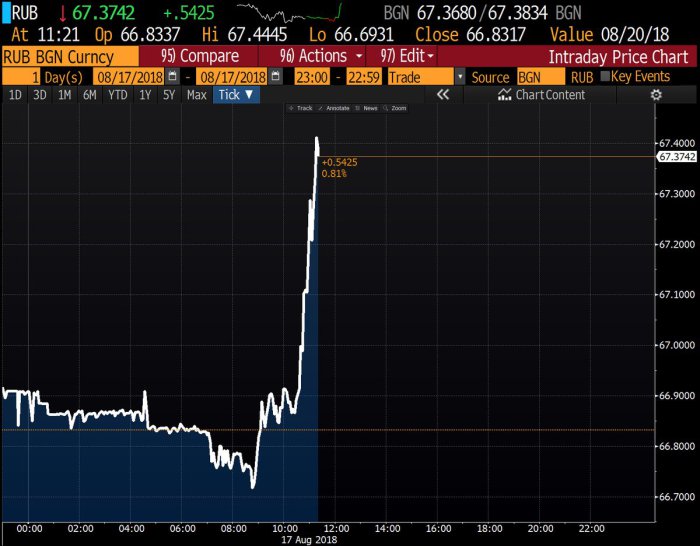 Turkey is far from settled. It is apparent that President Erdogan is getting even more obstinate. While that doesn’t make sense to an outsider, it seems quite sensible to a smart student like Stratfor’s Reva Gujon who knows the big big event in Turkish history – the 1920 Treaty of Sevres. This treaty, we are told, has the same sort of significance to Turkish people that the 1917 Treaty of Versailles had for the German people.

So what could Erdogan do instead of trying to solve the lira crisis? Stratfor writes:

The main point being Erdogan is not going to let the lira crisis to go waste. He will first reap political benefits and then, after the elections, he may come to terms assuming he doesn’t get serious financial assistance from Merkel & Middle East.

In the meantime, the Turkey crisis has serious corporate repurcussions according to Larry McDonald:

His main point is that Turkey represents a very big corporate risk and the discovery period is normally 30 days before the market figures out where the bodies are buried. He also points out that any bailout from Merkle-Germany and others will take months & months. So his recommendation is to Sell All Rallies for next 2-4 weeks.

This also seems consistent with Stratfor’s view of Turkish elections brought forward to November 4 from next year. By then, the markets will have figured out the damage, bailout proposal would be probably ready by Merkle-UAE et al and Erdogan might be ready to talk seriously.

If this is to be believed, shouldn’t we see some sign of it in monetary aggregates? 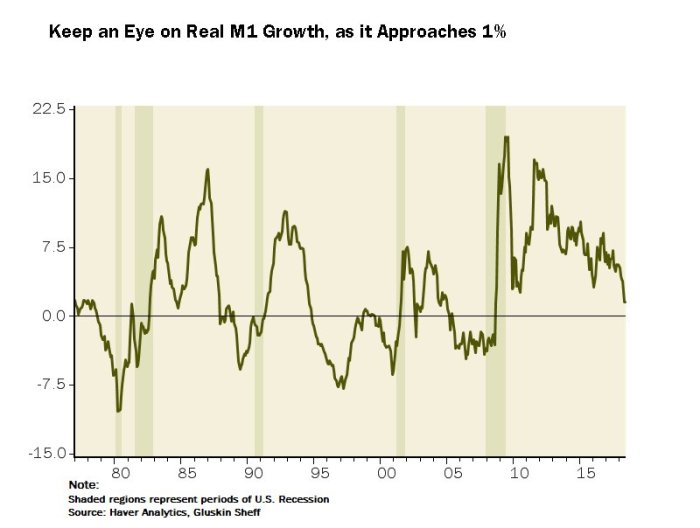 With all this how do you think large players acted in the Treasury markets this week?

Guess who jumped ahead of this “squeeze” trade on Tuesday, August 14! Jim Cramer via his technician colleague Carley Garner.

Cramer said it could be a violent move higher in price & lower in yield.

Remember how a contemptuous comment about Treasuries from CNBC’s Becky Quick launched the Treasury rally a couple of months ago. This week, Becky was just as confident in saying she expects rates to go higher not lower. In our experience , such totally confident projections from CNBC anchors provide high probability entry points. Will that history repeat here to deliver lower rates over the next couple of weeks? This is not a negative comment about Becky. On the contrary, it takes courage to make a confident prediction for a FinTV anchor. Kudos to Becky for her courage. Hopefully our readers can make some money from fading her courage.

We could only find interesting charts that were skewed to the downside. Perhaps this in itself is a reverse signal. For whatever they are worth, here they are: 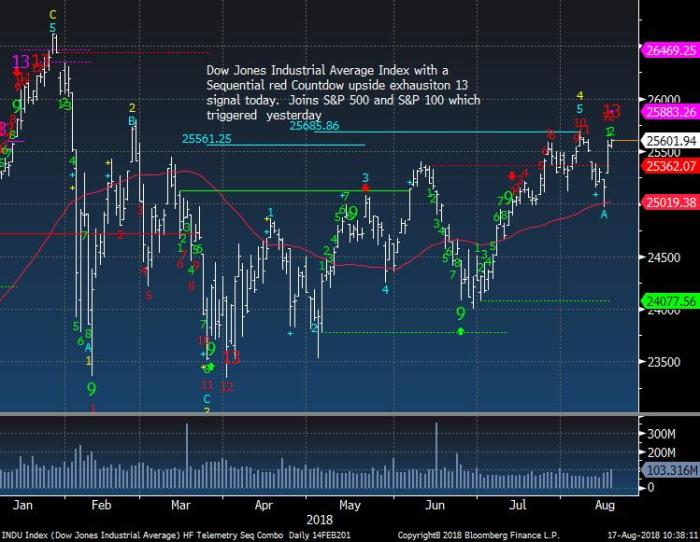 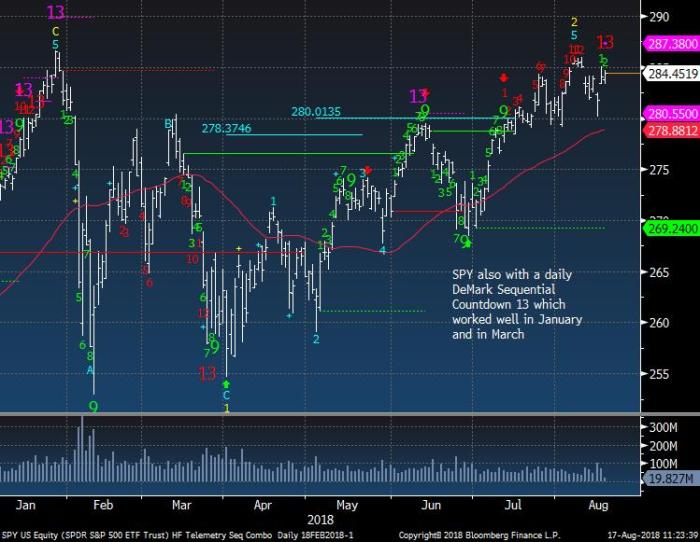 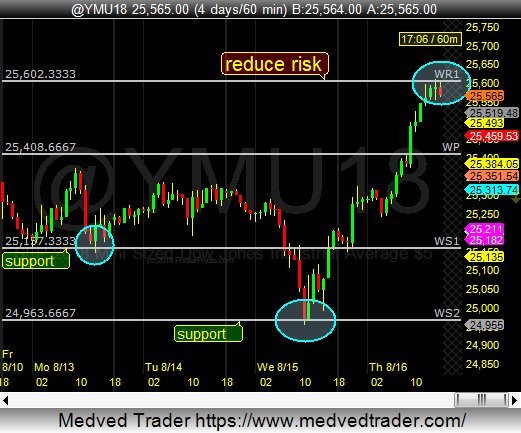 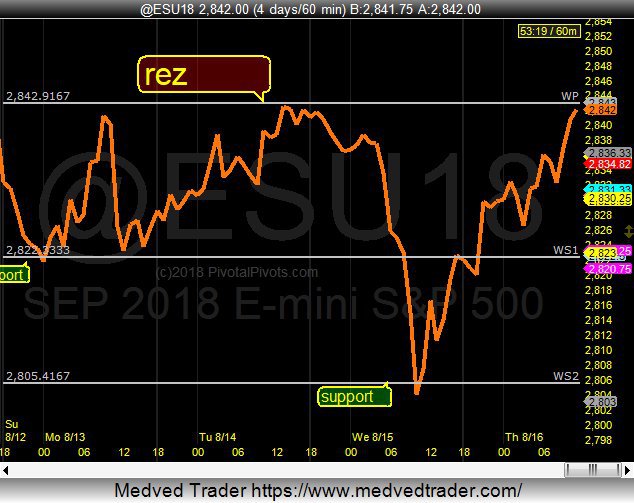 As we showed last week, the performance of India’s Sensex & Nifty indices demonstrates that India is a fairly unique EM market. As everybody knows by now, India is a domestic market & not an export-dependent one. Secondly India is not integrated in today’s manufacturing supply chain and so impact of tariffs on the Indian economy is not that big. We add more details below but first things first.

Last week, we featured a clip that said buy India now despite its recent rally. This week, we feature views of Peter Brandt (from an interview with Economic Times of India) that are both contrary & not so contrary:

On the other hand, Raghu-Raam Raajan, ex-Governor of Reserve Bank of India, was not worried about the Rupee in his interview with CNBC’s Sara Eisen. Neither was Ruchir Sharma, Morgan Stanley Asset Manager & author, in his interview with Economic Times of India. Sharma simply said – “I won’t read too much into what is happening with the rupee“.

More interesting are comments from Sharma about what makes the Indian market kinda unique:

And what is the most shining uniqueness about the Indian market, actually about Indian housewives? 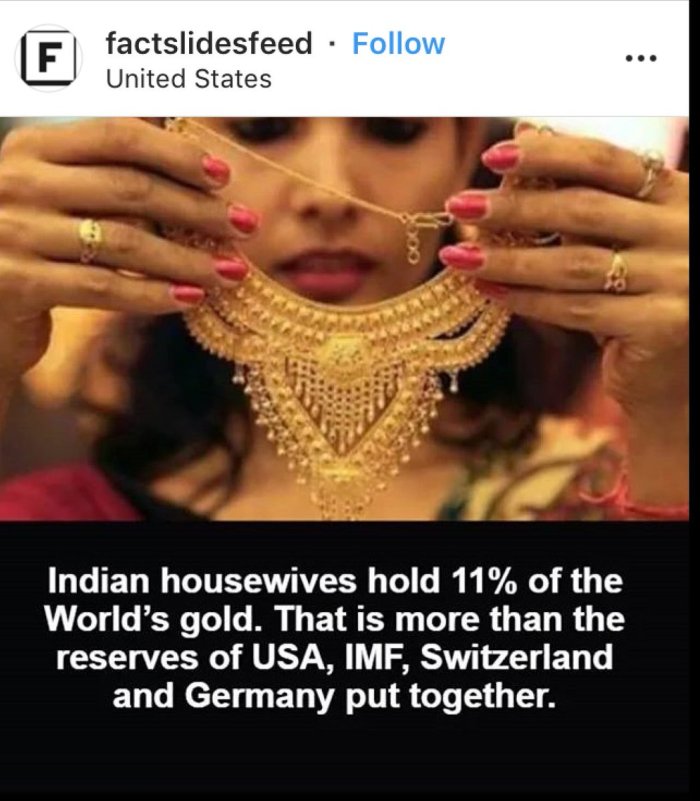 Now you understand the frustration of Prime Minister Modi. He has tried every way he could to persuade these housewives to convert their gold to “productive use”. But he has failed. He thinks of this enormous gold holding and probably dreams of a stable strong Rupee backed by this much Gold in the Central Bank’s Vaults.

Oh well! Midas had all the gold he could touch. But it didn’t make him happy, did it?