Editor’s Note: This is a journalism article that merely expresses our personal opinions and features comments made on Social Media, Print & Television. It is not an investment article. It is NOT intended to provide any investment advice of any type whatsoever. No one should base any investing decisions or conclusions based on anything written in or inferred from this article. Macro Viewpoints & its affiliates expressly disclaim all liability in respect to actions taken based on any or all of the information in this article. Investing is a serious matter and all investment decisions should only be taken after a detailed discussion with your investment advisor and should be subject to your objectives, suitability requirements and risk tolerance.

This week the talk was about “the Indian Stock market on fire“. Naturally given that Indian ETFs hit all-time highs 3 days running. What a rally it has been since we asked on April 25 – Indian Stock Market – Is It Time To Get In?

It has been our adage for a very long time that America & India are very similar countries & people. That is why using American parallels for India has worked quite well & this time it worked phenomenally well.

But Heads of State are not enough. After all, stock markets & economies are about money. So what the Central Bank Governors do is critical for a sustained rally. How did the U.S. Federal Reserve (Fed) begin in March-April 2020 and how sustained has it been? Most know but it is helpful to view via a picture that speaks volumes: 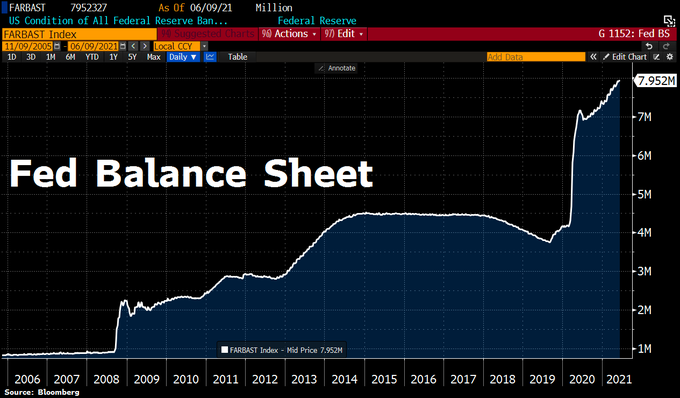 In contrast, not many know what the Reserve Bank of India is doing except, perhaps those who read Bloomberg.com. 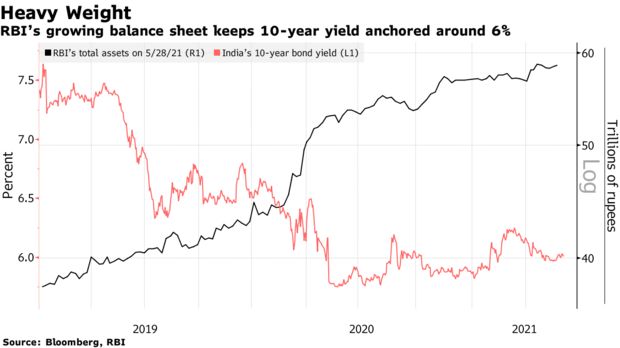 But what about currency debasement of the Rupee as is feared about the U.S. Dollar? But debasement against what is the answer given that every Central Bank is engaged in a similar debasement of its own currency.

But aren’t developed market currencies like Dollar, Euro & Yen fundamentally stronger than the Indian Rupee? Yes indeed. But India has somethings most developed markets don’t – growth (including secular loan growth), inflation & higher rates. That doesn’t mean India won’t see a currency flash crash at any time. How has the RBI hedged against that? This week, India’s FX reserves rose above $600 Billion for the first time.

Heck, even bearish analysts seem to like Indian Banks as stated in the Bloomberg article:

What about fiscal stimulus along the line of America? It seems the scope of US stimulus is getting lowered because of the Biden-GOP divide & a sense of stimulus exhaustion. On the other hand, PM Modi hasn’t even begun a major stimulus drive yet. His base is the poor, lower middle class rural, semi-urban and urban people and he knows them very well. He has already begun with what seems small but what is very important to Covid-hit communities & people – free education for life for their kids.

The above has been mainly financial. But isn’t the real problem the pandemic? Here is where the “When Heads of State start panicking, Investors should stop panicking” dictum paid off. Recall what we wrote in our What’s Next? article on May 9:

Remember how huge the spike was in Oxygen demand?

No one in the US media pointed out that there was an Oxygen surplus in other Indian states & so the real bottleneck was transportation infrastructure. Reuters got a informed executive source to predict:

But what about the huge upswing in Covid cases, the upswing that was used by all Western Media to attack India, mainly as some have argued, in a transparent attempt to undermine the Modi government. How wrong were these hate-monger regime-change driven media? 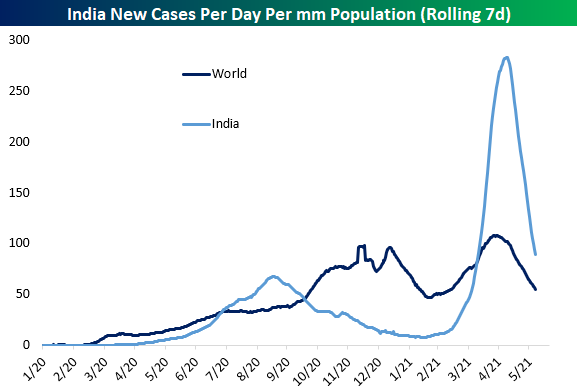 So the downswing in Covid cases & upswing in Covid treatment & Indian economy had already begun by the time we wrote the following in our What’s Next? article on May 9:

That seems to be proving true. India is not celebrating success against the 2nd wave in June 2021. They are preparing on a war-like footing against a potential 3rd wave. And the Indian health-care infrastructure buildup is not only critical for India but for all of Asia & even Europe-Africa.

In our optimism, we had made a bold forecast in our May 9 article:

If we are even half right about such a future, should any one really shed tears about missing the huge May rally in the Indian Stock Market?

3. What Now in the Indian Stock Market?

We ourselves are not interested in short term wiggles or corrections. As many like Bond-King Jeffrey Gundlach, we are long term bullish on India. But many are concerned about short term pullbacks & rightly so. So we simply present below two different views without any opinion about either of them: 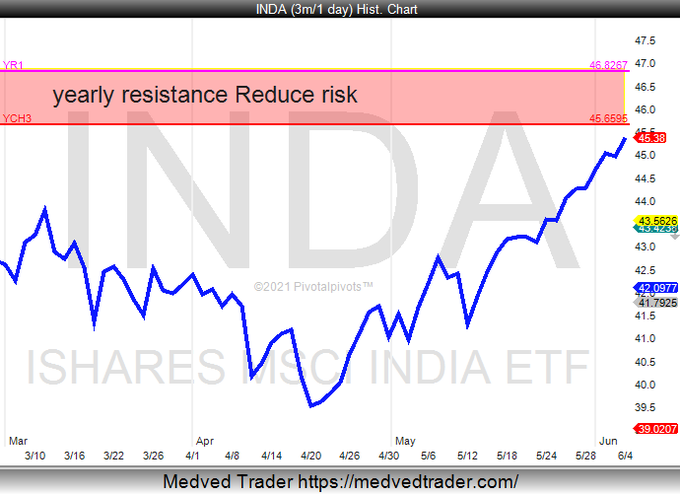 What about those who want to get in? That was a question asked on this Friday, June 11, to one of the smartest macro thinkers & investors in the world. See what he said (from minute 35;25 to minute 36:45)

Some will read the above answer & recognize the sagacity in it. Some will read it & scoff saying -“what’s the big deal here; anyone can say that“. In our humble opinion, the latter should stay away because the probability that they will be wrong both going in & coming out is high.