Who do we have to thank for this uneventful weekly performance? Fed Chairman Powell. Look even the interest rates he controls were flat – 2-year yield down 0.4 bps & 1-yr yield down 7.1 bps. Double look, he even took some fear out of the market with VIX down 9.6% on the week. Thank you Jay, if we may fondly call him so.

Our point is that Jay Powell was being sensible in saying that the Fed was not considering a 75 bps increase in the next FOMC. That sensible & pragmatic comment was WHAT prevented a Market-Götterdämmerung (twilight of the market gods) this last week.

Unfortunately for him, as Dominic Konstam of Mizuho said on Friday on Bloomberg Surveillance – “it is up to the data to prove that Powell is right; problem is that data is not about to turn“. On the other hand, another economist pointed out that the data is already turning:

Visible to Treasury-Rosie but not to the long end of the Treasury market:

If you look at day-by-day action, you will notice that these long duration Treasury yields hardly moved down on Wednesday but they exploded up on Thursday & followed through on Friday.

So what is the biggest issue as Dominic Konstam asked & answered on Friday morning on BTV (minute 41;39):

We think he is 100% correct. The foreign buyers are Europeans, Japanese & some Chinese. Don’t we all know that they value stability above all?

The stock market may have reflected stability at the end of the week but the Treasury market trumpeted   massive turmoil with TLT down 4.8% on the week & EDC down 6.1%. How does this look historically? To quote Jim Bianco who quoted DB, “The bond market is having its worst sell off in 200+ yrs“.

And after such a massive & unprecedented selloff & with foreign buyers on a buyers-strike waiting for stability in Treasuries, this Fed announced they will sell $30 billion Treasuries & $17.5 billion of Mortgage-backed securities every month from June through August. Then in September they plan to to double those amounts to sell a total of $95 billion every month.

Isn’t that tantamount to launching a financial nuclear war on Treasury investors, the same folks who  buy Treasuries to finance the U.S. Treasury? That’s not a joke or even hyperbole! 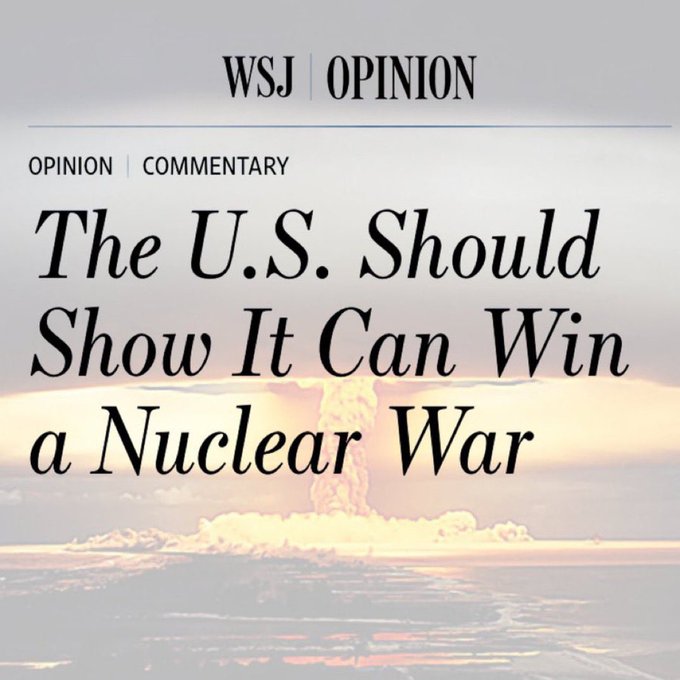 Isn’t this Wall Street Journal coterie the same one that, per Dominic Konstam, “wants Powell to beat up on the demand by taking down asset prices in all asset classes in order to make sure that inflation comes down“?

How perfect was Ian Bremmer to label it as “unhinged”? Glad to see the twain of uber-elite, uber-connected,  uber-smart Bremmer and simple folks with simple minds like us actually meet in thought this time. Roll in your grave Rudyard Kipling!

2. A path to reducing instability

This section assumes the Fed is not using the “nuclear war” option on the American people. In that case, there is only one way to arrest this massive buyers strike in long duration Treasuries. The Fed needs to achieve price stability in the Treasury markets and there is usually only one way to do so. Before buyers, domestic & foreign dare to step in, the Fed needs to stop their planned selling of Treasuries & Mortgages.

In other words, postpone QT. Not necessary to actually announce it but simply use Fed-heads like Kashkari et al to suggest that while QT is a major objective, its implementation can be modified or moved back based on market conditions.

We refer you to our Two letters and One Adjective section of our TACs article of last week. We felt quite lonely while writing that section. This week we feel less so thanks to Tom McClellan’s article The Bad Things That QT3 Will Bring:

This has nothing to do with raising short term rates. Look the 1-year Treasury is already at 2%. So the next two 50 bps rate hikes are already priced in.

Assuming long duration Treasuries (TLT) stabilize for the next couple of weeks, our view is the same as what Eric Johnston of Cantor Fitzgerald told Scott Wapner on Thursday after the close:

To be clear, Johnston said in his last Monday’s conversation with Wapner that he thinks we are in a bear market & the rally he sees is a fast short term rally.

A similar point about the last two cases was made pictorially:

And there may be a natural reason for the deluge last week:

Looking a bit longer & if this is a bear market, what level should the S&P go to? 3,800 at the minimum & possibly to 3,400 said Morgan Stanley’s Mike Wilson. He said the “cake is baked” regardless of what the Fed may nor may not do. He also said the “equity market is interpreting this differently than the stock market; that the equity market is seeing a major major slowdown ahead internally …”

More importantly, Mike Wilson added that this is “a cyclical bear market, not a secular bear” & “we will get through this rough ride“. Of course, this critical point was omitted by Morgan Stanley in the clip they posted on YouTube.

It seems Natural Gas & Oil are at the spark for the inflationary fire that is spreading rapidly across the world. 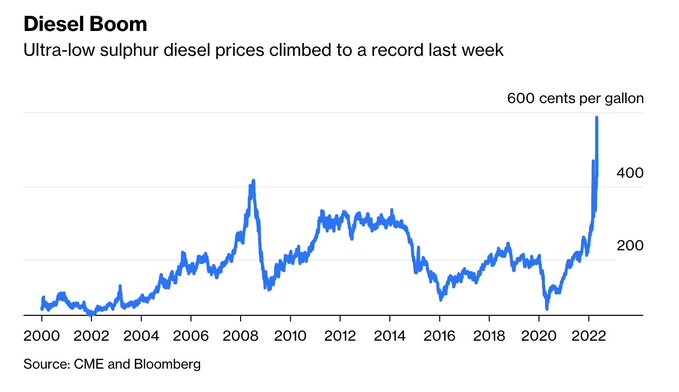 Inflation in prices is often linked to shortage of inventory. 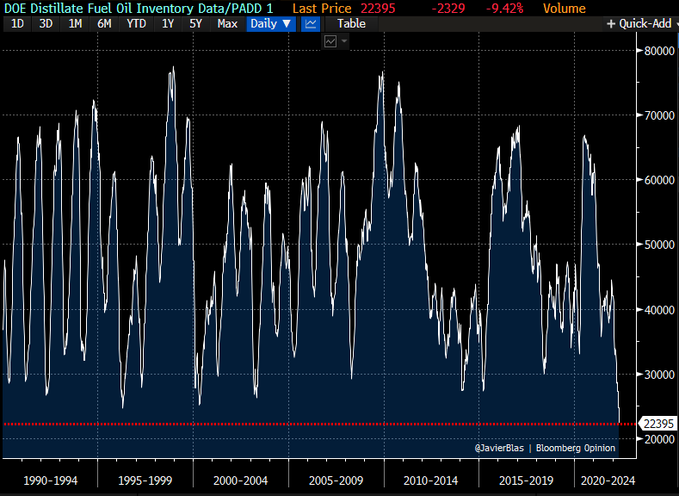 What about the other coast?

What about that basic input of American family survival? 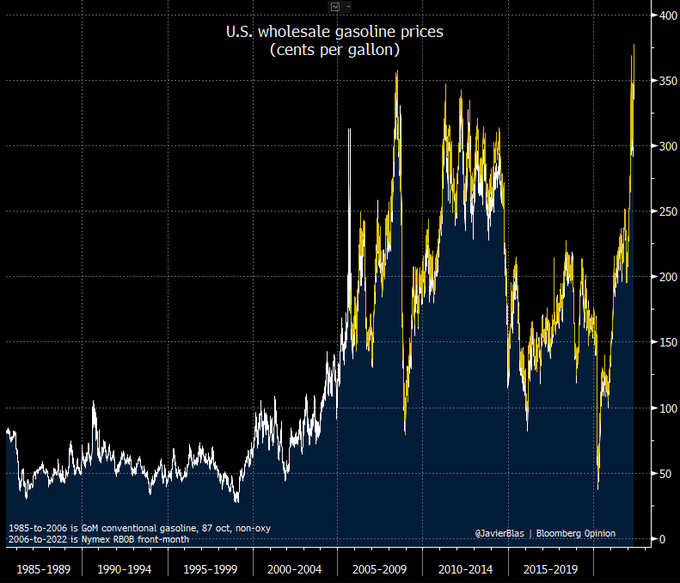 If this is in America, how bad is it in other less rich places?

How does destroying the prices of U.S. Bonds & Stocks help reduce this inflation? Just like threatening nuclear war against Russia will lead to peace for the world.

How is the world reacting to this? Even leaders who are yet to be elected are calling Putin a victim on par with Zalensky: 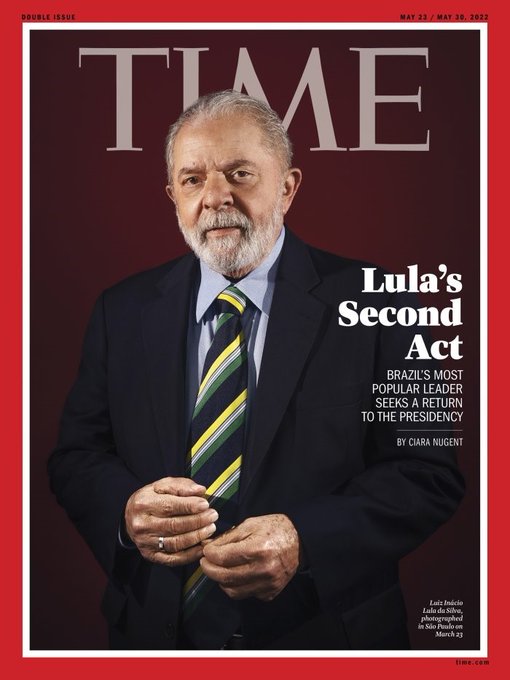