We might be seeing this cycle change beginning right now. China was virtually shut down with a semi-quarantine of half its population. A Nomura FX strategist said recently on Bloomberg TV that 4 out of 5 people in China are not working. The chief market strategist at Guggenheim recently predicted on CNBC  that China’s GDP would fall to -6% (yes, to negative 6%) in this quarter.

Yes, the Chinese Government & the Chinese Central Reserve Bank will pour massive amounts of financial stimulus to overcome this decline & restore growth. Rick Rieder of BlackRock said this week that Chinese Government Bonds & Chinese stocks may now be more attractive than US Bonds & Stocks. But that is tactical.

In contrast, the underlying strategic reality may have changed & changed for a whole cycle. Given the incredibly fast & intense havoc caused by CoronaVirus in China, how many US Corporations are thinking seriously about bringing production & manufacturing back to North America from Asia?

Yes, initial attempts would be made to relocate to Asean neighbors. But how has that thinking changed by the incredible fast spread of the CoronaVirus in South Korea? And South Korea is a very big & intermediate part of the Global Business (Supply) Chain that begins in China & ends up in Europe & America. Unlike China, South Korea specializes in intermediate level of manufacturing & design. Now the CoronaVirus is  causing havoc in South Korea, and that too because of a specific sect? That has to raise serious doubts about depending on South Korea.

Look no one, especially no US CEO, was ready for an almost instantaneous & near shutdown of their factories in China. Now that they have experienced this crazy event, don’t you think serious thinking is being undertaken to ensure large US companies don’t get caught like this again. Yes, they will manufacture in China to meet Chinese demand but they would be stupid to remain as dependent on China to meet the consumer demand in America.

It was a zenith of globalization all due to the enormity of reach of the largest contiguous land empire in history. 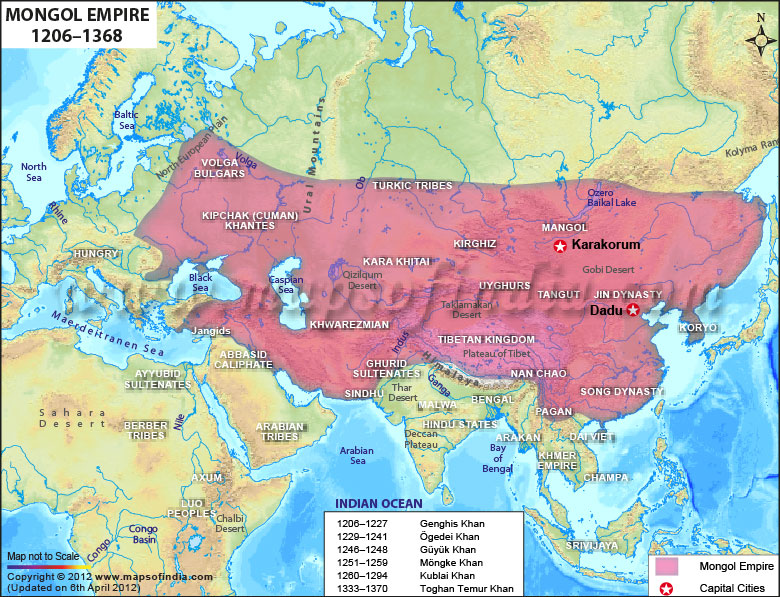 The Mongol empire changed Eurasia into a single globalized system of trade & commerce. As Professor Jack Weatherford writes in his definitive book on Genghis Khan,

Who gained the most from these globalization benefits? Weatherford writes,

And when geographical boundaries were reintroduced and global trade was shut down by European countries, Europe retained the benefits & began a period of growth & conquest. As Weatherford reminds us,

Over the long term, Europe turned out to be the biggest beneficiary of that end of globalization. But what triggered that end? The Plague. Weatherford writes,

The damage to China was beyond our modern imagination:

3. Back to 21st Century Future

To us, the most interesting comment from Weatherford is

No one can deny that China has functioned as the manufacturing center of the post-2002 world trading system. And with today’s fast container shipping & air transport, consumers & global consumer companies might be far more dependent on Chinese manufacturing than they were in the 14th century.

We know that manufacturing supply chain from China ended with the onset of the plague. That end led to the revival of Europe, the Consumer continent of 14th century Europe.

We wonder whether the outbreak of Covid-19  will lead to a substantial reduction, if not the end. of the world’s dependence on using China as the manufacturing center. If so, then clearly the US Industry that supplies the US Consumer, the mainstay of the majority of consumer spending in today’s World, will prove to be a massive beneficiary.