Remember how it felt during the first two weeks of March? The mood in the country was grim. Somehow there had been a foreign attack against America that seemed both sudden & devastating. Then came the Rose Garden launch of President Trump’s task force against CoronaVirus on Friday March 20. What we all saw in that launch was America declaring war against CoronaVirus just as President FDR had declared war on Imperial Japan after their devastating attack on Pearl Harbor.  We wrote on that important Friday that,

Now we are seeing the results of America’s awesome power unleashed against the twin dangers. Yes, CoronaVirus is the enemy number one but the intensely negative impact of anti-Corona actions on the American economy & the American households is a very close second. In a week after the launch, we detailed how the White House, the Congress, the Federal Reserve had begun working together on a war-like footing to unleash American resources at the twin problem.

Today we want to put into context the big things that happened on this past Thursday, April 16. First & in less than one month after the Rose Garden launch, President Trump launched his “Opening Up America Again” plan. He understands more than most that this is a twin war both against the external virus & the internal impact on America of the efforts to fight the external virus. This shows loud & clear in his declaration below.

Secondly, on the same day, Thursday April 16, it was reported that “a Chicago hospital using Gilead’s Remdesivir drug in a trial appeared to ease Covid-19 symptoms in the najority of patients treated with the drug. The Chicago phase 3 drug trial indicated that most of its patients had “rapid recoveries in fever and respiratory symptoms“, two telltale Covid features… Most patients were discharged in less than a week, health-care publication Stat News reported … ”

This was & remains incredibly good new. It shows that CoronaVirus is treatable & that a real treatment is now within sights. At the same time, major drugmakers like Johnson & Johnson, Pfizer, Moderna are engaged in a race to develop a vaccine against the CoronaVirus.

Third, Boeing announced on the same evening that it is resuming commercial aircraft production in the Seattle,Washington area as early as Monday. This is another incredibly positive piece of news.

No wonder Dow Jones Futures exploded up 800+ points on Thursday evening. It is becoming evident to most that the period of defensive action could be behind us & America is now on the offensive against both the CoronaVirus & its terrible impact on the American economy.

At the time of the Rose Garden launch on March 20, we had used the Pearl Harbor analogy to describe the havoc caused until then in & on America. So far it has been the right analogy. Just as Pearl Harbor united all of America & just as FDR’s America mobilized, President Trump united all American institutions & unleashed American power at CoronaVirus. Hear President Trump say this clearly & forcefully on Thursday, April 18 in his “Opening Up America Again” declaration:

But if the pre-March 20 devastation was Pearl Harbor, what is this Thursday’s big positive triad? Our answer is The Battle of Midway in June 1942.

The Japanese attacked the Malaya Peninsula on December 8, 1941, the day after Pearl Harbor. They then  conquered Philippines, Indonesia & Burma after that. Then came their big prize, the capture of Singapore & the “largest British surrender in history” in February 1942.

Then Imperial Japan turned its attention back to America. Hawaii seemed within reach to them & that would have ended US presence in the Pacific. But to even consider Hawaii, the Japanese Navy had to take the island of Midway. 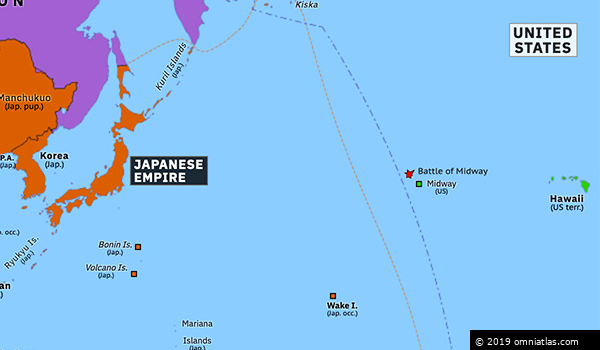 The Japanese Navy was still stronger than the US Navy both in terms of forces & experience. So they fully expected to win the battle of Midway, especially with the stronger Aircraft carrier task forces they deployed. 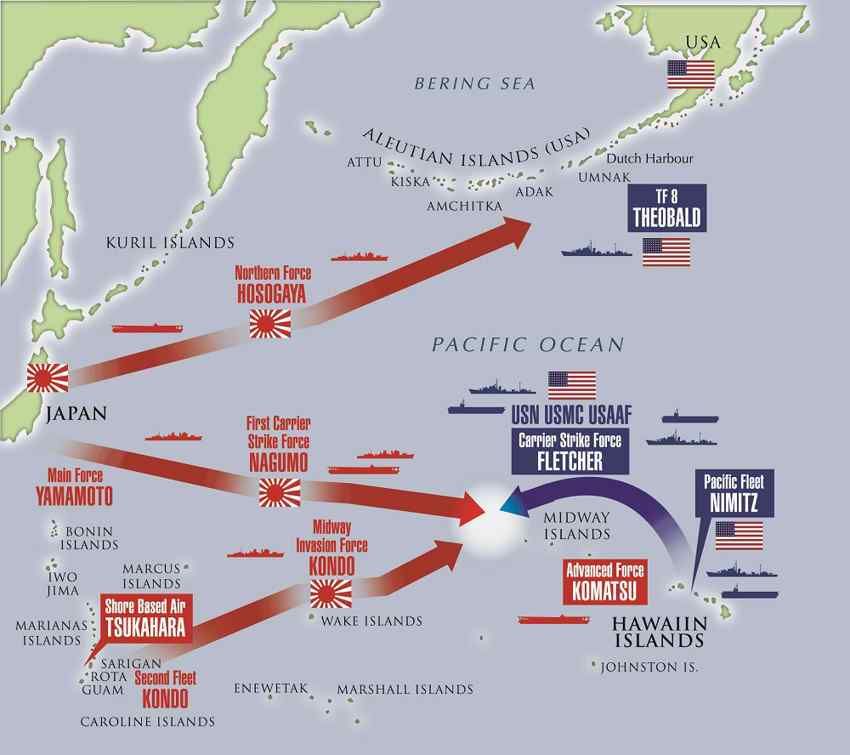 That’s why they play the game, as the saying goes. What happened at Midway?

That we see as a parallel to what happened this past week. With the possibility of a drug to treat CoronaVirus patients & the possibility of vaccines from other US drugmakers, with the steady & “one careful step at a time” reopening of America, we believe USA is now on the offensive against CoronaVirus after having played defense for the last month. And this is true medically, economically & of every aspect of American resources.

But just as the win at Midway did not immediately result in final victory, what happened this week is not going to be result in a quick final victory over the twin CoronaVirus enemy. But it is a huge step to go on confident offense after being kept in confinement scared & worried.

Another huge reason for our confidence is the “marriage of fiscal and monetary policy measures” by Fed Chair Powell & Treasury Secretary Mnuchin under President Trump’s leadership, similar to the coordination between the Fed Chairman Eccles (1934-1948) & the US Treasury under President FDR’s leadership. Look what Rick Rieder of BlackRock wrote with his colleagues this past Monday with the title Believe It or Not:

You know what they call the stock market – a forward looking indicator. What has this forward indicator been signalling since President Trump’s launch on Friday, March 20?

What does a 20% rally in one month suggest? High Confidence.