1.In the face of Powell & Bullard

Bloomberg’s Lisa Abramowitz was the first we saw on FinTv who used the E-word on Wednesday after the FOMC stunner:

At least the 30-year yield stayed above 2%. That break might be a psychological event. But what level must it hold?

What happened to long-duration bonds seemed to surprise so many on FinTV.  Frankly, the real surprise to us was that so many were surprised. One such had actually predicted what happened:

So basic, so simple and so historically accurate! Yet so surprising to so many?

Actually what happened on Wednesday should have been bullish for a TLT + QQQ portfolio, a term we got  from Bloomberg’s Brian Chappatta on NFP day, Friday, June 4. That brings us to our title for this section:

Wednesday was virtually a non-event for QQQ+TLT with QQQ down 34 bps, and TLT down 9 bps. The equity markets & TLT rallied within 10-15 minutes of Powell’s presser as we can see below in the 1-day charts of FOMC day- July 16:

We focus on QQQ because it is the one stock index that does better when TLT goes up. So why did QQQ fall hard on Friday while TLT rallied very hard? One word answer – Bullard. That was one of the most arrogantly deaf-blind Fed-head appearances we have seen. He trashed the stock market in the pre-market session and when CNBC’s Becky Quick pointed that out, he shrugged it off by saying “markets will move“. The 10-year did move up 2-3 bps initially to 1.51%+ while Bullard was speaking. But then came the fall off the cliff with 10-year falling to 1.44% and 20-year falling below 2%. Thankfully, the 30-year stayed above 2%.

What Bullard’s arrogant deafness did is awaken fears of an economy looking downwards and the possibility of the dreaded D-word. Even CNBC’s Josh Brown* who scoffed at Powell after his presser on Wednesday got religion by Friday’s Half Time saying that no chance Powell hikes rates; if he does he inverts the curve. Steve Grasso went much farther on the 5pm CNBC show by using the adjective “deflationary spiral” for the US economy. Later in the show, he retracted the “spiral” part but left the “deflationary” adjective intact.

*a quick tell for CNBC Anchors about Mr. Brown. When he is sure, he usually nets it out – short & fast. When he doesn’t know, he tends to get loquacious and starts to lecture. So when he starts to go on & on, better to move on to other commentators.

Some worried about this even before the FOMC meeting:

Ok, but what about that big economy that usually sends commodity inflation our way? Look at the four charts posted by @BittelJulian: 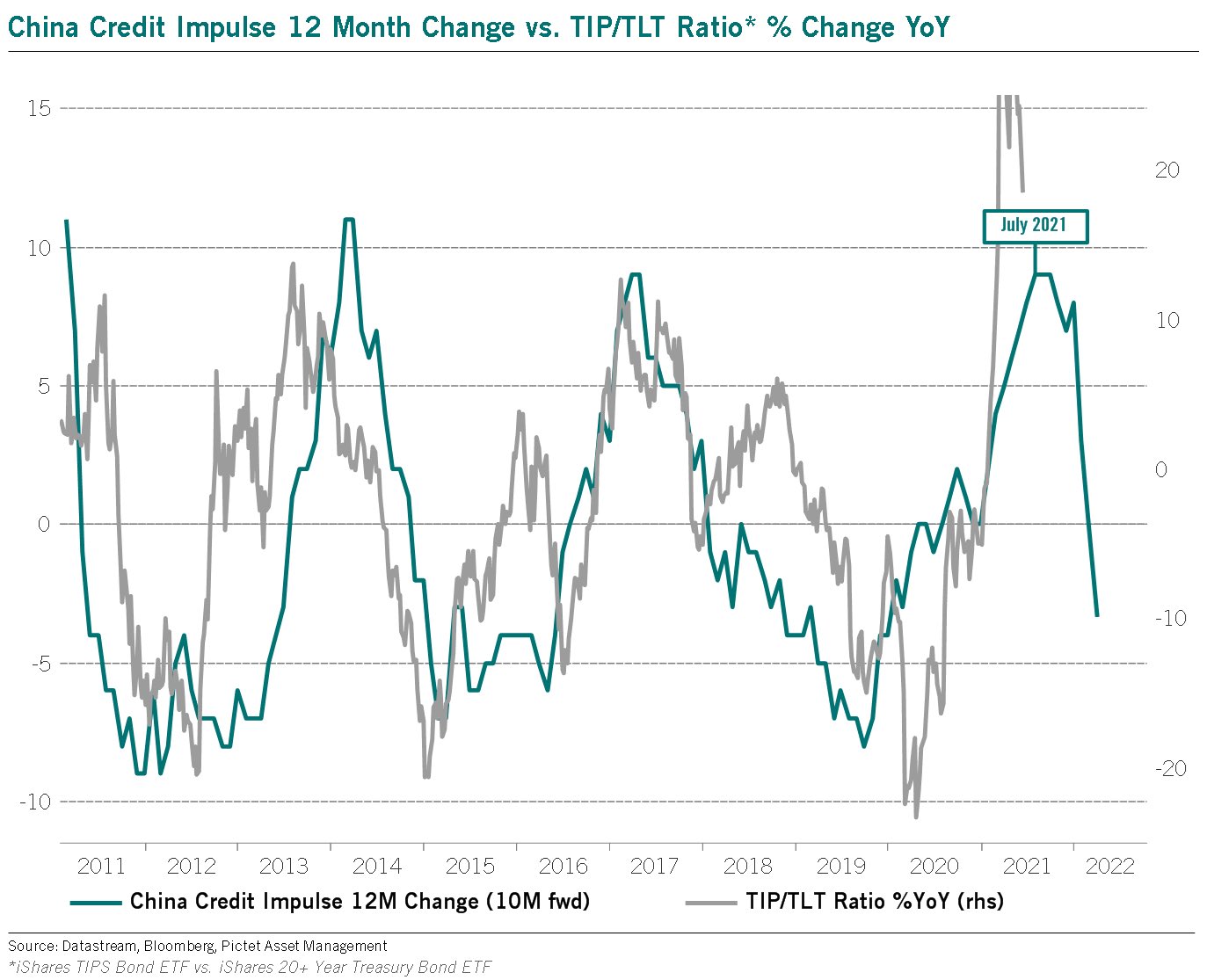 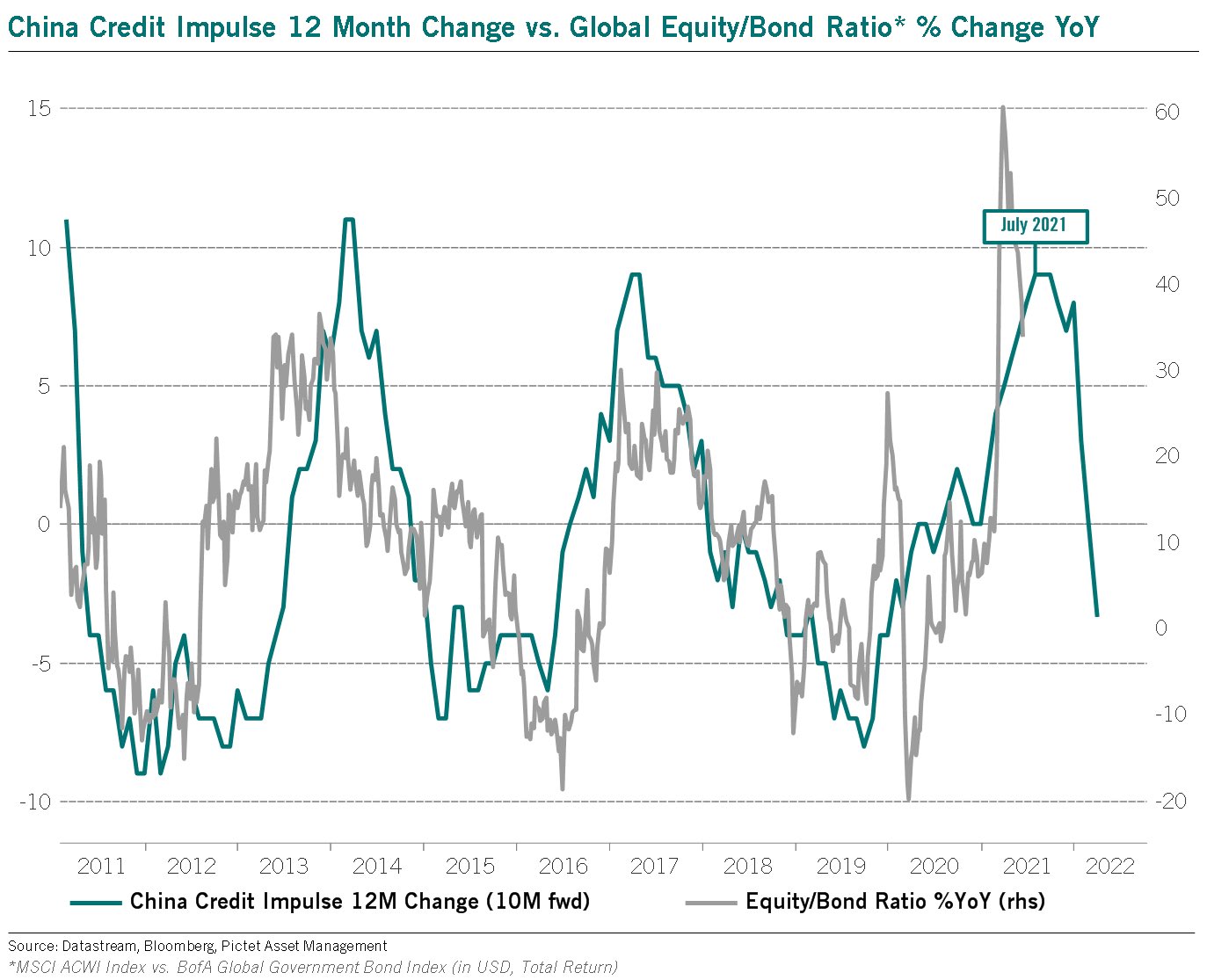 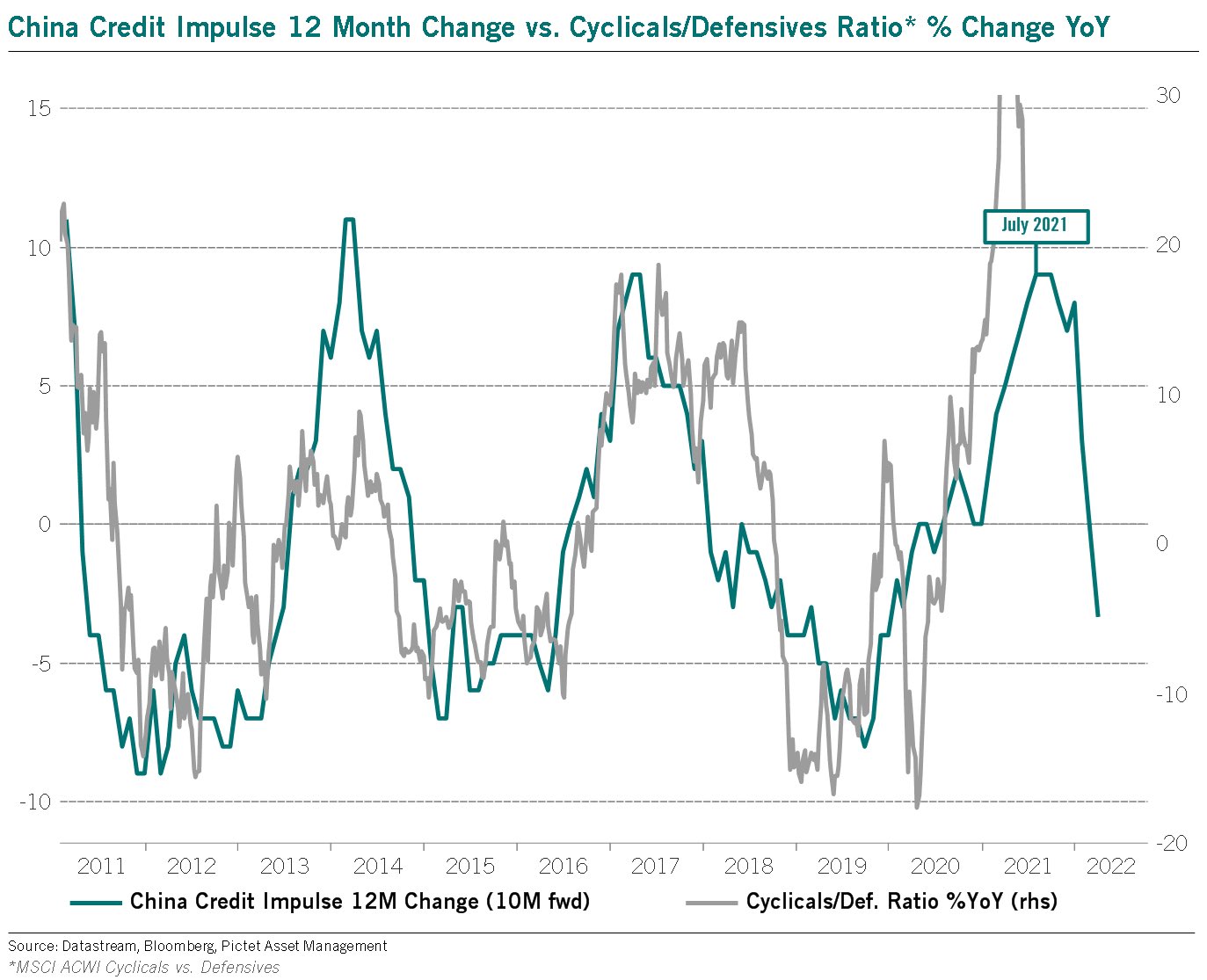 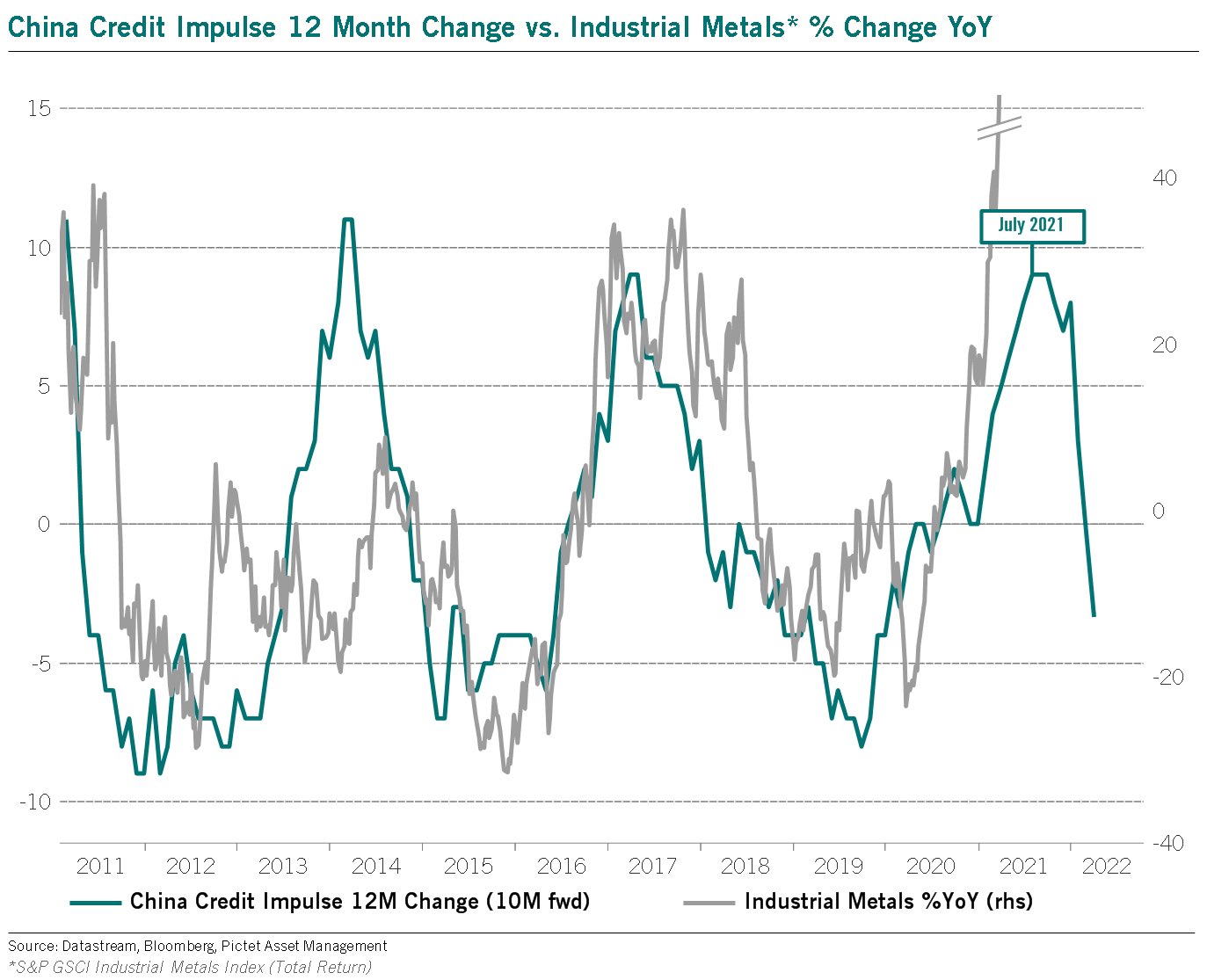 The above may not be all.

3. Powell in the minority in FOMC?

Kudos to Bloomberg’s Lisa Abramowicz for a second smart comment on Wednesday post-FOMC. As we recall, she said “Powell looked glum” in the presser and the markets took comfort from that. We think she was absolutely correct. The rally during the Powell presser began because the stock markets saw Powell was not really committed to the taper or even to the hawkishness of the statement. No wonder the rally continued on Thursday.

Then Bullard came in on CNBC Squawk Box and demolished this good feeling. Bullard was far more hawkish on CNBC than Powell was in Wednesday’s presser. We saw what that did to financial markets on Friday.

That brings us to the third smart comment from Lisa Abramowicz. This one was on Friday afternoon as she hosted the 1 pm Bloomberg Real Yield show. She remarked, as we recollect, about Powell at about 1:10 pm – “sense of disagreement – increasingly not finding himself in the majority“.

Once again she was absolutely right, we think. We will find out more next week, from the numerous Fed-head speeches, where they stand in this Powell-Bullard difference. Already as Morgan Stanley’s Michael Kushma said on BTV Real Yield on Friday that he “didn’t know there was so much dispersion at the Fed“. So what the markets do next week might depend a lot on what the various Fed-heads say.

But there might be another deeper issue at the Fed. Most know that Paul Volcker was finally forced to resign when he lost the majority of his committee. And we have felt since the election that the Biden team wants to replace Powell with Lael Brainard. The Biden team and the Democrat party are united in their resolve to spend a lot of money to win the November 2022 election. Everything rides on keeping the House & the Senate for them and very little is going that way for them.

But Powell may the wrong Fed Chair for that masterplan. They probably think they need the Brainard-Yellen tag team for that. If they choose to keep Powell, they might need to announce Powell’s reappointment by mid-September or before the September 22 FOMC meeting. If his reappointment is not announced by then and if he again finds himself in the minority in the FOMC at the September meeting, what does he do? We sincerely hope all this is stupidly simpleton speculation and the markets remain sanguine about Chairman Powell’s reappointment.

Fortunately, the Fed keeps on doing what it has been doing despite the talk this week: 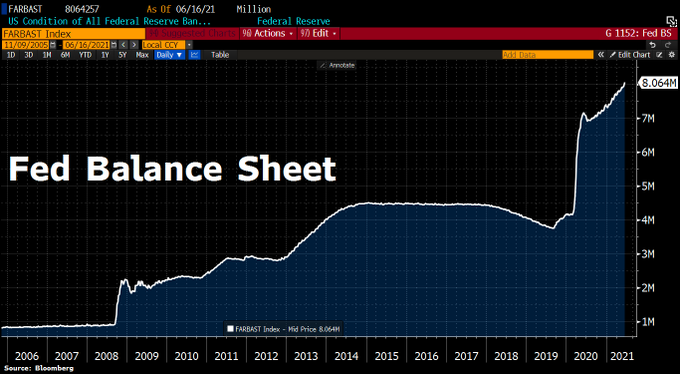 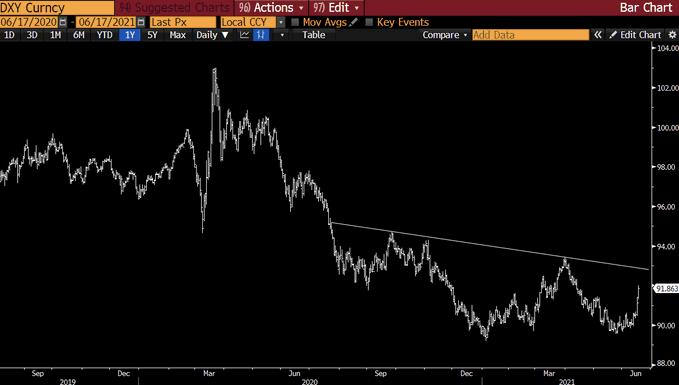 We think a lot depends on what the various Fed bigshots say next week. But below is for it is worth. 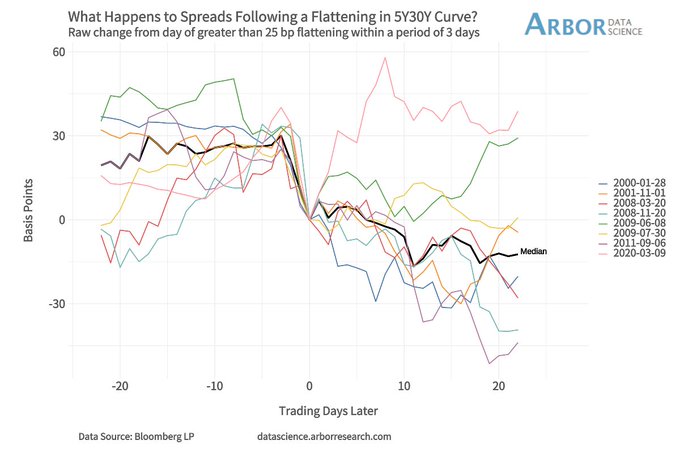 What about the 10-year Treasury? 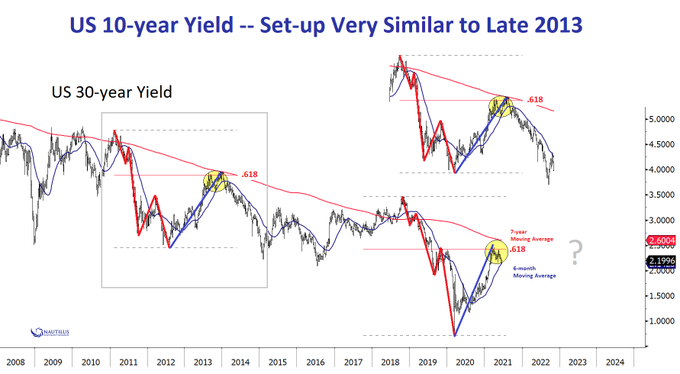 Were those who sold on Friday smart? Last Monday, on June 14, Jim Cramer communicated the late June seasonality trade of Larry Williams. The net-net call:

Watch this short clip yourselves:

On the other hand, Carter worth of CNBC Options Action suggested on Friday that the S&P may fall 7% or so based on previous such falls: