We heard a few comments this week about the “strong” speech by President Xi in which he warned about foreigners breaking their heads against the steel wall of 1.4 billion Chinese people. Then we heard the story (broken by Sudhi Ranjan Sen of Bloomberg) about India moving 50,000 additional troops to the three main areas of the India-China Line of Control to engage in “offensive” defense as the military deems necessary.

But we did not hear much about the slowdown in the Chinese economy, a slowdown that we think is being recognized by the US Treasury market. Except from a couple of folks: 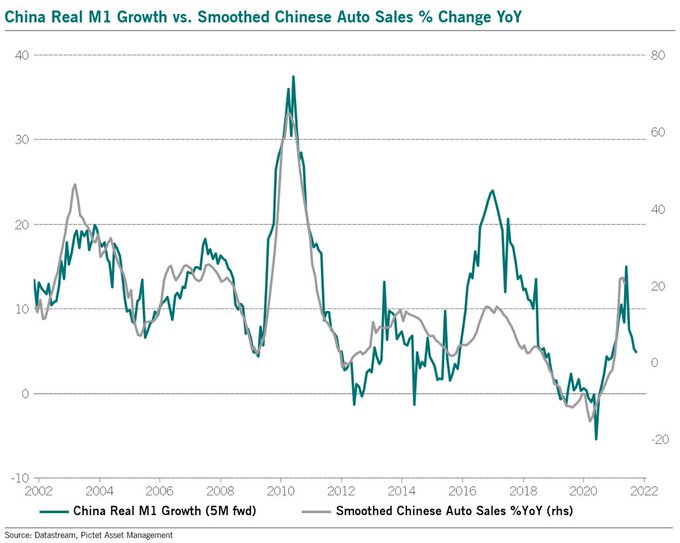 But is this sort of stuff only a tip of the iceberg? That is what we heard from Leland Miller, China Beige Book International CEO, courtesy of Bloomberg Surveillance:

This, Mr. Miller says, is a real problem looking into 2022 when you have the twice-a-decade party Congress:

What do autocratic leaders do when domestic problems can’t be fixed? Sometimes they create an international situation that can be blamed for the domestic problems. Simple folks like us are not the only ones worried about this. Look what the US & Japan did and more importantly let it leak? As Geopolitical Futures wrote:

Are there some who want David Rosenberg to “scream uncle” & admit publicly that he is wrong? There probably are. They might get their chance soon. How do we know? Because David Rosenberg himself promised to do that in his long clip on Real Vision around minute 18:38 of the clip:

And what will happen eventually? Rosie said,

Priya Misra of TD Securities had a different viewpoint to explain the current bull flattening in the Treasury curve on pre-NFP Friday morning on Bloomberg Surveillance:

Now go back a week to Friday, June 25 and recall how long duration Treasury rates spiked up 5 bps +  because of the infrastructure deal announcement. Did we hear a pip about that deal this week? We didn’t. Is that why Treasury rates fell by 5-6 bps from Monday to Thursday?

Then came Friday’s Non Farm Payroll number, a number that satisfied most as “goldilocks”. How did the Bond market react to this good news? Treasury rates fell another 4-5 bps on Friday. Why?

BlackRock’s Rick Rieder had a different answer in the post-NFP show on BTV:

With all that, what is the risk to the market according to Mr. Rieder?

Priya Misra also said pre-NFP on BTV that there is a ton of Treasury supply to take down later in the year. She expects the Fed to announce a taper by year-end leading to her forecast of 2% 10-yr rate. But she says hiking rates is much farther out. Hence she likes Treasury steepeners.

However we keep thinking about November 2022 & expect a massive push to pour money into the economy from November 2021 on wards, the traditional one-year stretch. How will the Fed taper into that political stretch, especially if the Biden team is unable to pour fiscal relief in the pockets of middle class American?

3. “Beautiful time to be in the stock market“

So said the usually under-stated “Farmer” Jim Lebenthal on Thursday’s CNBC Half Time Show. As if they were listening to him, the Dow, S&P & Nasdaq rallied to new all-time highs on Friday.

Even the usually sentiment-reversing Sentimentrader.com turned happy like Farmer Lebenthal. They wrote in their article – There Has Never Been a Year Quite Like This:

So is it kinda done? Not so says:

But what about next 6 months? 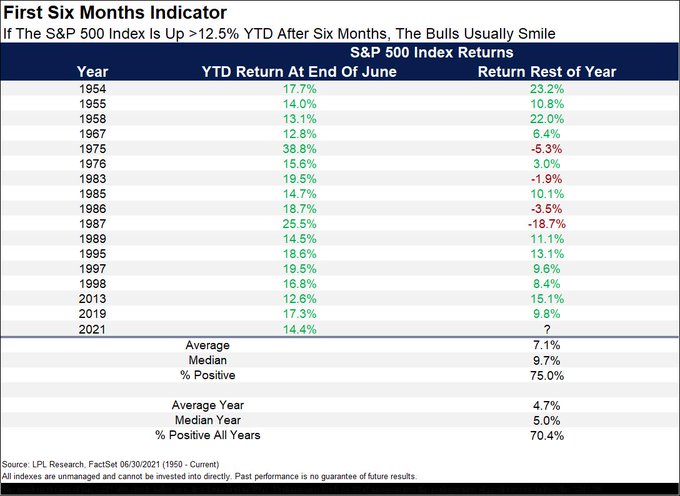 Tom Lee raised his S&P target for this year to 4600.  His favorite sector remains Energy because of supply-demand dynamics. And he tweeted the graph below of OIH: 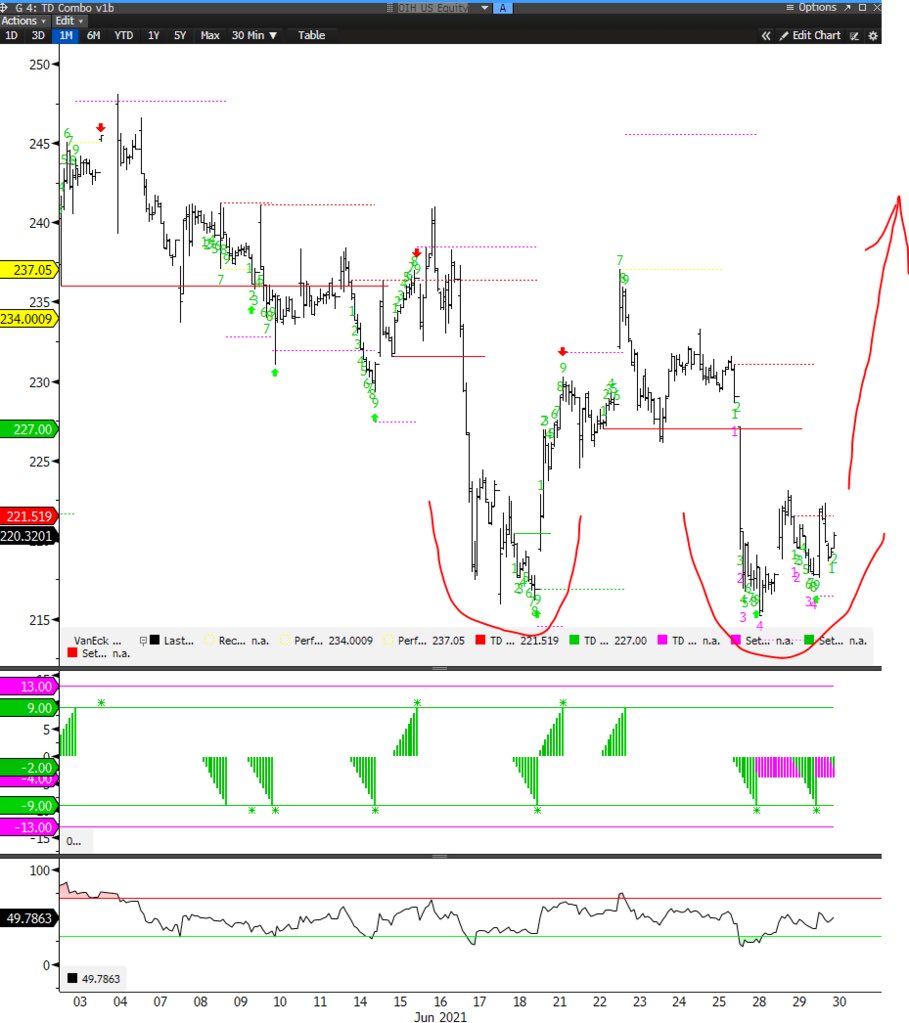 We will see what OPEC does next week. Previously Saudis & Russians were the players who wanted to drill more. Now it seems to be UAE. But the bigger story about curtailing supply is the obsession about ESG. That seems to be the gist of what Larry McDonald told Maria Bartiromo.

4.On the other hand

What’s the other side of semi-euphoria?

This seems to be bothering even some who have been correctly bullish:

In his wishes for the Fourth, Art Cashin said have a 5th on this fourth. We totally support the underlying message, if not the scale. Frankly, his message reminded us of an evening back in college when we recorded 13 straight, last 5 consumed on the doorstep saying bye to our host. So, in the spirit of new all-time highs in the stock market, we intend to go for 14th on this Fourth. We may have to take the day off on Tuesday but it will be for a good cause.

Have a great Fourth, everybody.